"In 2012 we launched the ALG literacy courses with 49 women and 2 men in Banhine. In Conjoene, a total of 70 people joined with just 7 men in the group. A fantastic initiative for local women emancipation! Out of this total, only 6 gave up, 5 of them in Banhine. 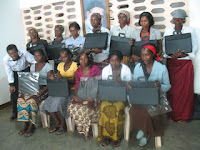 We can therefore conclude that the course was a success last year as assiduity was very high and only 14 people did not pass the final exam (8 Banhine and 6 Conjoene).

The teachers have reported an immense pleasure in teaching this group. They have shown good aptitude for numbers, with the basic maths classes very well received and the students showing good progress in addition, multiplication, division and problem solving. In portuguese classes, the official language, they have evidenced high interest in writing and reading, with slower progress in interpretation of text. 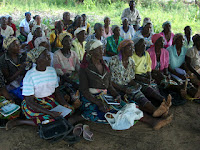 Both the teachers and us monitors evaluate this initiative in a very positive way, as it is very difficult to transform people who did not know a thing of how to read and write to become literate. It is very satisfactory as we did not expect the programme to be such a success and it went well beyond our initial expectations. By the end of the year, the students, who having grown up uneducated normally only speak the local dialect changana, were already discussing in portuguese in the middle of the classroom.

One issue to report was the balance between their studies and their home chores - during crop season there was a noticeable increase in the number of students skipping classes. 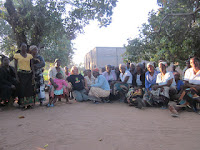 The district educational authorities, who partnered with ALG on this project, have reported to be very encouraged by the results so far. Putting an adult in literacy course and giving them an opportunity to change his life for the better.
In accordance with the local school calendar, the literacy course started on the 11th february and finished on the 16th November, with exams running on the 20 to 26 February. There were some delays in the process such as the procurement of books and exam sheets. Otherwise the ALG investment was very positive and encouraging."

While we wanted to update you on life beyond the ongoing floods crisis, our Emergency Fund is still open

Posted by A Little Gesture at 8:08 PM