In S.Luisa after the floods... 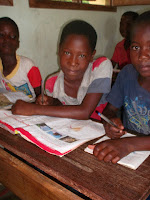 After the floods most schools in the city of Chókwe began the classes in the last week of February, since there were no conditions to restart the classes. The classrooms were full of mud and due to the loss of documents they did not have the lists of students per class. Because so many days of classes were lost we decided to have classes on Saturdays to recover the lost classes and to avoid affecting the children.

In Santa Luísa because we missed only one week we decided to alternate the Saturdays, i.e. one Saturday with classes another without. With the school snack made available by The ALF Flood Emergency Fund there is no absence of students and they do not abandon classes after the break, which used to happen before with some students. We have been helping the children in the study room project to reach a positive result. 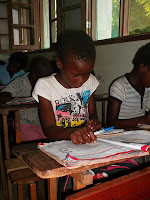 Currently the cleaning of the whole school yard, including the plot, is in progress. After the floods the school was transformed into a forest so now the yard and the plot are being cleaned. At the same time we are also plowing in order to sow, in the next few days, different kinds of seeds. 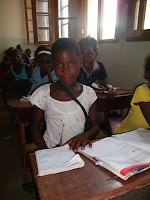 As it would be expected after the floods there were some diseases due to the food available at the time and also due to the poor quality of the water. But thanks to the work of Sister Esperança the situation of the children was kept under control up to now.

Income generation
After the floods we visited the moms that have income generation activities and we realised that the products they bought in January to be sold was lost during the floods. Also part of the money raised from the sale of products was used to buy food. Since there was no way to go to Chókwe, or to any other place to buy more affordable items, the food was bought locally and because it was scarce the prices were very high.

While March is the Month of the Milk at ALG, our Emergency Fund for the ongoing floods crisis is still open

Posted by A Little Gesture at 2:20 PM